If you visit India, your flight will probably land in Delhi. It is a gigantic city that can confuse anyone who is not familiar with it. It is divided into 6 main areas – North, South, East, West, Center and Old Delhi. Its history is interesting – it has been destroyed and rebuilt several times, a fact evident in many monuments of the city.

Visit Delhi in February, March, October or November. Delhi has unbearable summers and foggy winters, so avoid those seasons. Although the rains in Delhi are unpredictable, they are usually in the months of July and August. Delhi may be beautiful when it rains, but the already slow traffic of the city stops. It’s only in February, March, October or November that you will not be uncomfortably hot or cold when visiting the city’s heritage sites, such as Qutub Minar.

You will not encounter any language barriers in most parts of Delhi. Hindi is the most spoken language in Delhi, but most people speak English very well. Even if you meet people who do not speak English, they will surely understand basic words such as no, yes, please excuse me, excuse me, goodbye and thank you. Learning some words and phrases in Hindi will certainly be an added bonus

Delhi has a culture of “nightlife” because most bars do not have the permit to stay open after 12:30. If you are planning to buy your own alcohol to drink in your room, ask your hotel or inn staff to guide you to the nearest “wine and beer store”. These stores closed at 22:00.
If you want to experience Delhi’s nightlife, you can visit the bars around Hauz Khas Village, Khan Market, Connaught Place, DLF Cyber Hub, and GK 1 M Block.

Delhi has the best food. Period. You can find some of the best Mughalai curries, chaat (vegetarian dishes), international restaurants and cuisines from all over India.

Make local friends and ask them to take you to their favorite places. Vegetarians and vegans will love the food of Delhi. I highly recommend these chain restaurants that are everywhere in Delhi – Kebab Gali for Indian curries, Haldiram for typical vegetarian dishes of Delhi, Karim for Old Delhi style curries, Sagar Ratna for Dosas, Asian Haus for home delivery Asian dishes, Sushi Haus for sushi delivery houses, and Chawla in for Indian curries.

Delhi Metro is the Best way to Travel 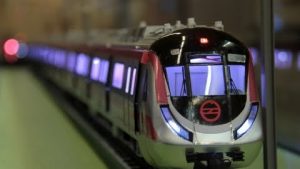 The best way to get around is the Delhi Metro, which connects most parts of Delhi very well. It has a separate coach for female passengers, which is usually the first coach. In addition, Delhi has a large fleet of tuk-tuks, more commonly known as auto rickshaws or simply cars. Do not forget to negotiate if you decide to build one. For overnight travel, I recommend using an application-based taxi service offered by Ola Cabs, which I already mentioned in the previous post, which is followed by GPS.

Delhi Airport (Indira Gandhi International Airport) is about an hour from the main city. If you are a female traveler and your flight lands in the middle of the night, it is a good idea to stay at the airport until the early morning (5 am) and then to your hostel or at your hotel. But you can try Hotels near airport Delhi, Metro Station connects the airport with the main city. The metro station is right outside Gate 4 of IGI Airport. This metro line runs from 5:00 to 23:30.
Alternatively, for a safe transfer from Delhi Airport, you can book your trip with Blacklane in advance and have one of its professional drivers pick you up in a luxury car.

It is possible to love and hate Delhi at the same time. I recommend you bring your camera – who knows, you may notice a lazy cow chilling on the road while the rest of the traffic stops or a monkey has fun doing the motorcycle with his human friend. Delhi has a lot of curiosities and it never fails to surprise me even after living here for many years.
Bag2Bag.in
Tags: Best Foods in DelhiBest Time to Visit DelhiDelhi is Very CrowdedDelhi Metro is the Best way to TravelLanguage in DelhiNightlife in DelhiTransportation from Delhi Airport 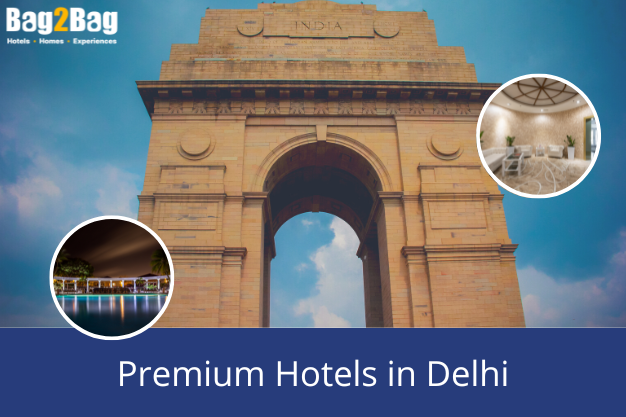 Top 10 places to visit in October

Dussehra Festival: Immerse in the festive spirit as the right season arrives

How to spend your retired life happily?

Let us make the world safer for older persons. They are the true inspirations for us!

Top 10 places to visit in October

Dussehra Festival: Immerse in the festive spirit as the right season arrives

How to spend your retired life happily?

Let us make the world safer for older persons. The

May this Navratri be blessed with pocket full of b

Lemon Tree Citrus Cafe - Showcasing the best of In

Get drenched in Navratri Celebrations!https://ba

We truly appreciate your feedback!https://bag2ba

We bring you ample spaces to enjoy the serenity.

Navaratri is a festival to worship different avata

Navratri is an occasion to leave anger and greed a

May everyone experience divinity during Navratri!

Extended stay for all your travel needs!https://

You are just getting Faster! Congrats! @_harshend

Thanks for sharing your experience! We truly value

A strong desire to travel Alone!https://bag2bag.

Go for extended stay with breakfast is a unique wi

What is your kind of Monday blues?https://bag2ba