10 Romantic movies for couples to watch during the lockdown Watching the finely made romantic movies with your partner is indelible. These movies can stimulate couples’ true romantic side and bring you both together more than ever. Amid the coronavirus has created disarray all over the world, there is no better medicine than love to grapple this situation. Just pass this chaotic situation romantically! Stream these wonderful romantic movies for couples while staying indoors and make her fall for you again. If you and your partner are movie freaks, then you can watch these lighthearted romantic plays endlessly. You can somehow relate these stories with your own though they are exaggerated. Rain, dance, music, kiss, hugs, emotions, hate, love, picturesque spots, and many more shown in the movies will keep you engaged.

The film portrays the relationship between Tom(Joseph Gordon-Levitt) and Summer(Zooey Deschanel) which happens inside 500 days. Tom, a greeting card writer is enraptured by Summer at first sight. She is so insolent and doesn’t believe in love. Will they both fall in love amidst all the dissimilarities? This is not an ordinary love story as you expect where it discusses the complications in a  relationship. The story unfurls in a capricious fashion with lots of contrast and accord going in between them.

A delightful romance is delicately weaved with jazz music! While exerting themselves to chase their dreams in the crux of Hollywood, an aspiring actress(Ryan Gosling) and pianist(Emma Stone) fall in love. Fascinating dance moves and little jazz numbers in the background will make you stunned. The difference occurs when they find it hard to choose between following love and career. The film is a perfect throwback to classical Hollywood love drama.

A train journey across Europe is always exhilarating! American man Jesse(Ethan Hawke) and French Woman Celine(Julie Delpy) get to know each other on a train. Their glances cross like the flash of an instant which draws them together. Have you ever thought of sharing your life story with a stranger? After departing at Vienna, they both hang out in the city for a whole night, sharing the love, before sunrise. Absolutely, one of the matchless romantic movies for couples

A Walk to Remember

This teenage oriented romantic drama is set in a coastal North Carolina Port. Sassy and a notable high school student Landon Carter(Shane West) possess greater dominance in Beaufort High School Campus before a tragic event occurs to make him crippled. Chastened to community service in his school’s drama club, Landon is compelled to request help from Jamie Sullivan(Mandy Moore), sober, religious, daughter of the town’s Baptist minister. What happens to their love in spite of the many obstacles they encounter?

Beyond the shadow of a doubt, most celebrated Bollywood movies of all time. The film gracefully captures the enchanting rail tracks of Europe and native Indian villages. Love blooms between a frolicsome London-based Punjabi boy(Shah Rukh Khan) and a girl(Kajol) grown in conventional family background. The film boasts a lot of family sentimental values, emotions, and fun. Has he persuaded the girl’s family and tied the knot at last?

A poor yet wistful youth, Noah(Ryan Gosling) goes head over heels for a wealthy young woman called Allie(Rachel McAdams). Like everything, the social difference will come to separate both immediately when they are in love. In a nursing home, an old man Duke reads a romantic story to an old woman affected by senile dementia. Noah even takes her to an old-fashioned house that he is willing to buy and renovate but their desire of making love gets unfulfilled. The social class creates a huge gap as Allie’s father is against their love.

Naina(Deepika Padukone), a doctor by profession falls in love with Kabir(Ranbir Kapoor), fun-loving guy and travel ardent in the middle of a trekking trip. Before Naina confesses her love to Kabir, the trip ends and Kabir moves out of India to follow his heart. Destiny makes them meet again but Kabir still adores his dreams more than relationships. Witness the serene backdrops of snow-capped mountains and grand royal weddings of India in the shores of Udaipur Lake by watching this movie.

A romantic tale where both Harry(Billy Crystal) and Sally(Meg Ryan) enjoy a strong friendship. However, they are scared that love would shake up their friendship. After graduating from the University of Chicago, Harry and Sally set out on a ride to New York City. In the attempt of nurturing love, they fail repeatedly and come across in their life so frequently. Harry and Sally struggle hard to find a balance between love and friendship in this movie.

A romantic couple namely Jai Vardhan Singh(Saif Ali Khan) and Meera Pandit(Deepika Padukone) live blissfully. But their paths diverge when they move to different places to persist in their dreams. They simply let go of their love for the sake of pursuing a career. The distance that sets them apart will make them realize the true love they are having for each other. It’s a sweet tale of finding love treasure amidst many relationship difficulties.

Aditya(Shahid Kapoor), a crestfallen business magnate, blindly boards a train to get away from his mournful life. He meets Geet(Kareena Kapoor), a sparkling and wacky Punjabi girl. He loves her quirky way of enjoying life and falls for her. The emotions and songs will stick you together with this movie. Geet takes him to her large family where he is drenched with affection. The carefree attitude of Geet and introvert Aditya binds the film to a different level.

Don’t wait for something magical to happen in your life. Witness the magic of love with these astonishing sets of romantic movies for couples. 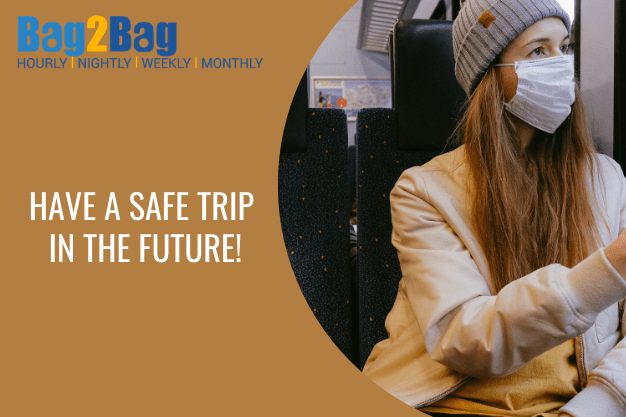 Hi there i am kavin, its my first occasion to commenting anyplace, when i read this paragraph i thought i could also create comment due to this brilliant post.

Thank you for your valuable comments. Please do support us always!

I was suggested this web site by my cousin. I am not sure whether this post is written by him as no one else know such detailed about my trouble. You are incredible! Thanks!

Thanks for fantastic info I was looking for this info for my mission.

You have brought up a very wonderful details, regards for the post.

Wonderful article! We are linking to this particularly great article on our website. Keep up the great writing.

I went over this website and I think you have a lot of great information, saved to my bookmarks (:.